Coming from gritty Manila, I’m not sure that I do too well with overly-polished cities. Not that I don’t value cleanliness, but it can feel a tad clinical if it is too perfect. But then again, Washington DC does hold the most powerful seat in the world; am I really going to expect anything less?

It was exciting to see at least one political demonstration, albeit a silent one: a hunger strike, protesting the violence in Camp Ashraf, Iran. It was organized by the Iranian-American community, through a group called the US Committee for Camp Ashraf Residents. At the time, the protest was on its 36th day. As of October 2, 2009, they were still present in the area, and had been at it for 66 days.

I hit up 1600 Pennsylvania to see how the leader of the free world was doing over at the White House, and went the other usual spots, like the Washington Monument; the Lincoln Memorial to see Honest Ol’ Abe; the Smithsonian Museum complex; the Vietnam Veterans Memorial; the World Bank Headquarters;  and the National Geographic head office. A lot of really cool, nerd stuff! I meant to go to the Holocaust Museum too, but if I remember correctly, we had time constraints. That would have been interesting.

I would have also wanted to sink my sweet-tooth into a gorgeous Georgetown Cupcake but I treated myself to a Rita’s frozen custard cup instead.

I love the US in the summer! 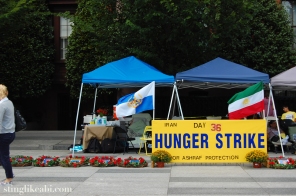 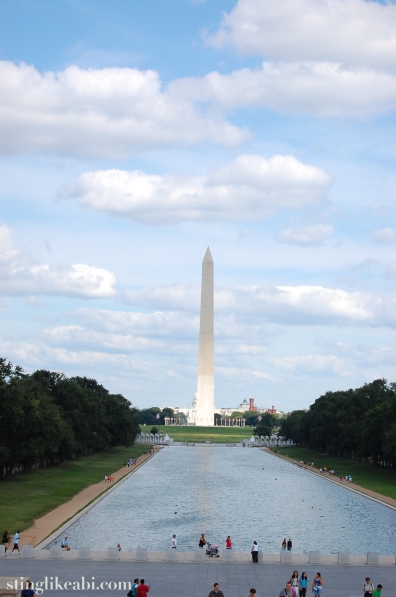 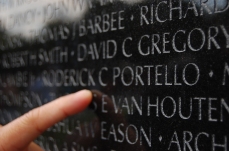 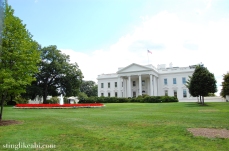 Protect the earth while you roam it with ocean-friendly, biodegradable beauty and travel products so natural, you could eat them. Guilt-free beauty in the palm of your hands.

Hi @stinklikeabog 😘😘😘 #luneslandian #nofilter #justnaturallight
Here we have Tita @annettealberto's Burnt Chocolate Obsession - a super silky, decadent, chocolate cheesecake, slightly burnt at the surface, supported by a surprising, toffee crunch base. To hell with Valentine's Day - any day when you have this in your mouth is a day of love ♥️
Happy birthday to my baby Jose!!! You really did feel like my baby when you were born. I hope we stay friends forever, and that Ninang Weekends never have to end. Love you!!!